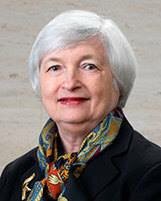 The long anticipated 17th September deadline came. A lot of people thought that this would be the most important date of the year. The FED suggested that on this day they might finally start raising rates from its 0-0.25% range, by 25 basis points. And unfortunately, many people still take this committee of central planners seriously. They didn’t raise it, in case you wonder. And I doubt that they will be able to raise it in the future.

The reality is that the FED is trapped. The Keynesian claim that it is possible to print an economy to prosperity simply is not true – in other words it is a lie. This lie however is so sweet that many people just really want to believe it. But the difference between reality and the Keynesian model is slowly getting so absurd that even the biggest dreamer cannot ignore it anymore. And so this Thursday was probably a big step towards waking people up.

The fact is that the US government has to cook the books to even make it look like there is a mild recovery going on. The measure of inflation is constantly redefined, to make it look lower than it is. This is done for example by so called Hedonic Adjustments. If a product in the basket of goods that is supposed to measure inflation is getting more expensive, it is simply replaced by another that has not gone up in price, and that the government thinks is equally good. So if for example beef is in the basket and goes up in price, but chicken is not in the basket and does not go up, then beef is replaced by chicken in the basket. The idea is that consumers can then substitute chicken for beef and therefore do not experience inflation. So you better like chicken! A cheeky trick to get a lower inflation rate.  That is just one of them.

The unemployment rate is another important statistic that is manipulated. If someone hasn’t found work in one year he is simply kicked out of the statistic, as if he is no longer looking. That way the US now has an official unemployment rate of 5.1%. This, by historic standards, is a really low rate that suggests that almost everyone who wants a job will find one. A good statistic to show how absurd this number is, is the labor participation rate, that means the rate of Americans in the employment market. That rate is at an almost historic low of 62.6%. How does that go together? The answer is that 5.1% unemployment is a fantasy.

Remarkable is that despite all the manipulation going on, the official growth of the US economy is only about 2% per year. That is of course measured in GDP, which is a completely useless unit of measurement in itself. GDP does not measure the productivity of the economy. All it measures is the amount of money that is circulating. That means that if for example the government spends money, even borrowed money, it will show up as GDP growth, independent of how productively the money is spent. The government could employ people to dig ditches and others to fill them up again. The productivity of this work would obviously be negative, but GDP would still go up. GDP also goes up when unproductive asset prices like house prices go up. Amazingly, even though GDP can be manipulated, all the interventions by the government have not managed to get this statistic significantly up.

The FED is trapped. The interest rates in the US have been at 0% for over 80 month. In addition to that the FED has pumped over 3 trillion Dollars of printed money into the economy. And all that has done is to create official growth number of about two percent. The only effect it really had is the inflation of huge bubbles in bonds and equities. The reason for that is that the economy is simply at peak debt. Even at these low interest rates, people and companies cannot borrow more money, because they already have too much debt. The only people who can still borrow money are the financial sector who really gets this money for free and of course the government. Since they cannot kick start the economy again, the official line has been that as long as the stock market is OK, the rest of the economy cannot be too bad.

The trouble is that these bubbles are dependent on cheap money. In order to keep them inflated not only do interested rates have to stay as low as possible, they will soon have to start a new round of money printing. That is a problem, because in the long run, printing money will undermine the trust in the US Dollar. So far that has not happened, because the FED could make everyone believe that it has an exit strategy. Once the US economy is growing, it will hike rates again and buy back all the printed money.

But as I explained above, the US economy is very weak and based on debt. Therefore, if debt gets more expensive the rest of what looks like a productive economy will simply implode. If however they do not hike rates, then more and more people will realise that the exit strategy is not real. Therefore it will undermine the confidence in the Dollar. That way the US economy will also implode. So no matter what they do, it looks like that keynesianism has finally checkmate itself. With this month FED decision to rest rates at 0%, more and more people will realise that the economy is worse than it seems and that the FED is not really in control of the markets.

My guess is that they will not hike rates voluntarily. Eventually of course the market will force them to. There is a small possibility that they will raise rates by 25 basis point in the next few month, but even that is unlikely. The reason is that if they do raise rates, the economy will implode and they will immediately have to reverse the rise. That will make it look like they do not know what they are doing and undermine their credibility. And they cannot really raise rates without a really strong economy, because the US government is highly indebted too. That is the difference to 1981, when then FED chairman Paul Volcker raised rates to 20%. At that time the US government did not have a debt problem. Now they have one and if the economy implodes, tax revenues will go down and dept/GDP numbers will rise, making the debt situation of the government worse. If simultaneously interest rates go up, the government will quickly have to declare bankruptcy. And since the government has more guns than anyone else, they will get the policy that is best for them, that is low interest rates and lots of money printing. So hold on to your hats, there is an inflationary storm coming.