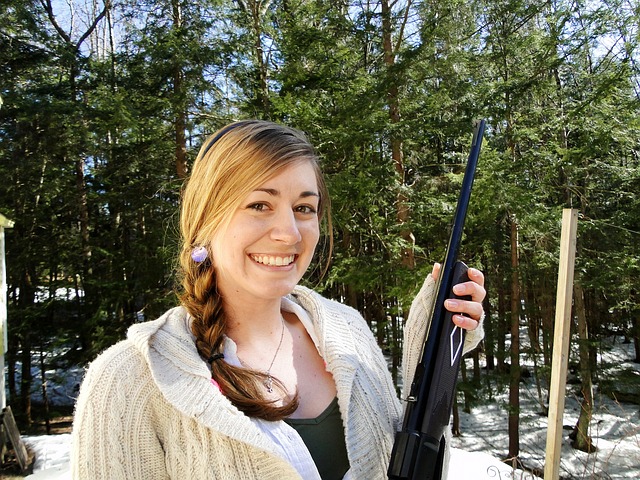 The news coming out of Las Vegas are truly disturbing. On Sunday night, a 64 old, local man, fired multiple rounds of machine gun fire into a big crowd of a country music festival. As I write this, at least 59 are dead, and 527 have been wounded. Most baffling of all, it seems difficult to attribute a clear motive for this senseless massacre. Right now, the best explanation we have is the disturbing, and unsatisfying, inside that there are some truly crazy people out there. People for whom even the best attempts to try to understand their motivation will fail.

The fact that the world is not a save place, certainly is a scary truth. Terrifying as that inside is, there are a lot of people who simply won’t accept it. In their view, the world could be an almost completely save place. The only reason why it is not is the lack of enough rules and regulations. Once we have those, eventually, the state will be able to save us all.

This idiotic idea, which goes against the empirical historic evidence, is difficult to fight. The utopia seems too attractive to let it go. In case of mass shootings, the solution of the more regulations crowd is, to simply ban the tools used, that is guns. It always amazes me how many people believe that this is a no brainer solution. It simply is assumed to be a truism that gun control, enforced by the state will make us all save.

A little bit of critical thinking however is all it takes to realize that this solution is far from being a no brainer. There are several problems with it.

The first one is that any kind of gun control has to be enforced with guns. That means, clearly we are not getting rid of guns all together. A technology can not be un-invented. We will continue to live in a world with guns in it. The only question is, who is going to be allowed to have those guns, and who is not. The answer of gun control advocates is that only people working for the state should have them.

This is not very convincing. Worst, it is in itself dangerous. The first thing to note is that it is an entirely unrealistic goal. Criminals are the people who we potentially most would like to see unarmed. State regulations, however, are not necessarily something the bad guys care too much about. This city, London, is a good example. For all practical purposes, private gun ownership is essentially outlawed. That means that no law abiding person will have a gun. But, what this clearly does not mean is that no one other than the police and the army has guns. There are literally hundreds of shootings in London every year. All of them committed by criminals.

It is difficult for gun control advocates to not admit this. But they will object that without gun control, there would almost certainly be much more shootings than that, as guns would be more readily available. That is probably true, and a fair point. However, I am more worried about the fact that currently all of the guns are in the hands of the bad guys, and none in the hands of their victims. This is not a very comfortable situation to be in. It feels more like sacrificing certain people for the sake of some nebulous greater good.

But even if we could get guns off the streets, a bigger worry of mine would still prevail. The state is on record to be the biggest weapon of mass destruction ever invented. And I am not exaggerating. In the 20th century alone, tens of millions of people have be murdered by their own government. This does not even count the people murdered in wars. A big factor of why these governments were able to commit these murders was, because they had a monopoly on violence. To me that means that the solution of exclusively giving Leviathan all the guns is at best not obvious.

It is precisely this problem that motivated the founding fathers of the US to put the second amendment into the constitution. Maybe, Europeans in particular, would be well advised to tone down the arrogance towards criticizing the lack of gun control in the US. Yes, there is clearly a lot of violence in the US, but overall, if we are actually counting accurately, and include murders committed by the state, the US does not have a bad track record at all. In fact, in the US too, the biggest mass murders were committed by the state.

But of course we are not counting accurately. This is politics, and as always in politics, we are told to only look at one side of the balance sheet. People are quick to point out that we now live in a democracy, and we can therefore trust the government. This completely ignores that the Weimar Republic, which brought the Nazis into power, also was a western democracy, with full human rights guaranteed in the constitution. This also ignores that we are currently seeing democracies in many places turning totalitarian. Turkey, Venezuela, Hungary, the Philippines, and Poland come to mind.

But it even ignores the tyrannic history of the US government. Let us not forget that in 1993 for example, the Clinton administration stormed the compound of the, completely peaceful Branch Davidians in Waco Taxas. This resulted in the brutal murder of 76 US Citizens, many of which were children. The government, till this day, has not admitted any real wrong doing. It also ignores the fact that the current President got, to some degree, into the White House by campaigning to take away rights of minorities. Finally it does not take into account that the US already has a big problem with police brutality.

But it is not just the government’s victims that we don’t count. We also often forget about those who were able to save their lives by being armed. There are a lot of criminals out there, and in many cases, those bad guys could be stopped by an armed victim. Advocating gun control is to advocate the disarmament of victims.

I said earlier that we cannot un-invent a technology. But when it comes to guns would we really want to? There are certainly some type of guns that we could really live without, but not all of them. Guns are equalizers. A world without guns would throw us back into a world, in which physical body strength is king. Sure, if you are a young 6’5” healthy guy, this might not sound as such a bad idea. But what if you are a 5′ woman, or old, or disabled etc.? Without guns, these people, to a significant degree, would be at the mercy of the good will of the people around them.

It seems to me that advocates of gun control are very short sighted in their argumentation. Their arguments appear to be more driven by wishful thinking rather than facts. Given what happened historically, I don’t feel comfortable to give all guns to the government. And I find it outright cruel to take away tools from weak people, which could help them to defends themselves.

On the other hand, I accept that freedom does not work in every single case. We will never have a perfect world. There are cases, in which a police state might have prevented a crime. Maybe, the shooting in Las Vegas is such a case. Looking at the bigger picture though, there are far more cases, in which the reverse seems to be true. Overall, advocating liberty is not just the most moral position, it is also the one that works better than anything else. Therefore, advocating gun control, on the basis of single bad events, seems irresponsible.