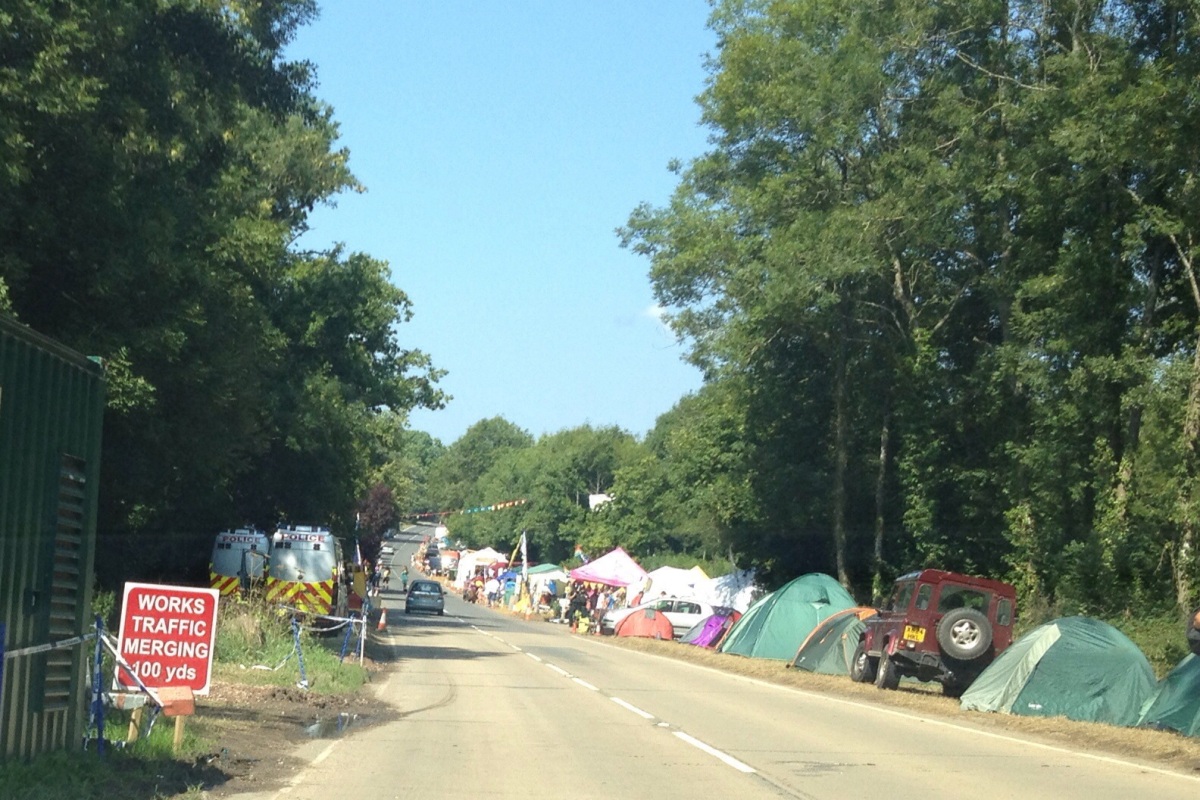 Now this is an argument I can support. As I said before Fracking, though valuable,  could well be impossible in a society that respects individual property rights, but stands a chance if the proper incentives are allowed to work.

The current mess of nationalised mineral rights places a huge incentive on the Government to force Fracking projects onto individuals. Individuals, on the other hand, get a share of poultry incentives offered to the community as a whole, and all the downsides and risks seem to be lumbered onto them.

I get that the science is against many problems occurring (not least because the gas is likely to be below the water table) but I have complete sympathy with the farmer who has a decent business providing milk for 3,000 homes and jobs for 16. Men like this use their property to their own advantage and create value that we should all appreciate, because milk and jobs are a value to us all. Yet, it is not us that dedicated our lives to this pursuit. It was not the hours of our days that that farmer freely chose to dedicate to it. That farmer has a right of control that we should respect. If that respect extends to asking Cuadrilla to negotiate with that individual farmer, and ensuring there is a sufficient insurance policy and arrangements in place that satisfy him and that he gets a cut that he is happy with, then so be it. That is the moral thing to do.

What is amazing about this story is that a group of watermelons and their friends at the lefty Independent will need to rely on exactly this argument, that the farmer’s individual rights trump those of “society” (represented by the small elite in Government) in order to get their way. If the left are willing to strengthen individual sovereignty and property rights to achieve their ends, then I don’t plan to oppose them.

I wrote about fracking, controversially, a while back. I was opposed, or was I?

The TV is full of pictures of people affected by Fracking, not just in the UK but from around the world. It occurred to me that a proper respect for property would stop Fracking in it’s tracks.

First this was bad TV because it invites people to compare costs and benefits based on all possible costs added together, like deciding not to buy milk because the price might be 50p or £1 and you can’t afford £1.50, but I digress.

The solution the UK government went for was effectively to licence the Fracking company to cause a certain amount of earthquake, effectively permitting the Fracking to go ahead on behalf of local people as long as those people can’t observe the earthquakes with their own senses. This smells a little like licensing fraud because it is not as if the earth is being interfered with any less, just less obviously.

Contrast a rights based solution in which property is an absolute right and polution and disruption to the enjoyment of that property must be licensed by it’s owner. The role of Government is restricted to enforcing the licences, effectively the contracts governing pollution. If there is no contract in place, and pollution occurs improperly then the role of Government would be to end the Fracking immediately and imprison company executives. Land owners would be free to set their own particular limits on the amount of earthquake they want to occur under their land and decide if the instrument used was human senses or artificial monitoring equipment. Owners would also be free to bargain collectively via associations and form their own companies to install monitoring equipment. They would also set out the penalties that would apply if the standards were breached and the procedures for claiming damages. All the different kinds if problem could be included, earthquakes, methane pollution etc.

Since Fracking is big business and penalties might be large, it is likely that specialist firms would be formed to trade upon their expertise in the new industry of Fracking Monitoring and Enforcement. Commercialisation and a gobal market would drive down prices and ensure the complex details are made accessible to homemakers and land owners of all kinds. The fee payable for the licence itself would also be a matter for the market and up for negotiation by organised landowners.

How likely is all this? Well, anyone with a phone line knows about the modern parallel of enforcing rights to compensation after the PPI scandal. There are firms cold calling people over PPI constantly, all chasing ambulances long after the original fraud took place. A large enterprise like Cuadrilla would want certainty before starting to build infrastructure for the extraction process and, knowing that an absolute right could be enforced at any time, causing them to be thrown in gaol, and would actively encourage collective bargaining to begin. If agreement could not be reached under a licence then Cuadrilla would have been forced to buy out the land-owners or give up the project completely. However, if local land owners were respected, perhaps incentivised, and saw the benefits of Fracking outweighed the costs then Fracking might stand a chance.