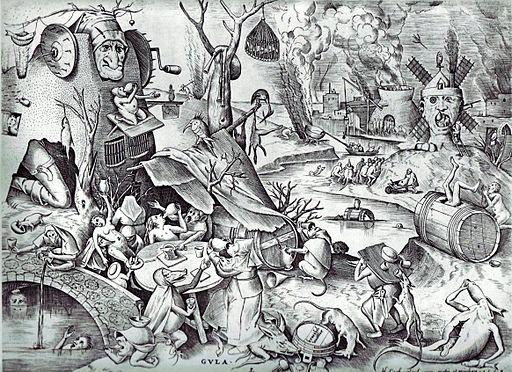 If you knew you had half an hour left to live, how would you live it? Would you obey a humiliating command and run naked to your death, as the Nazis commanded their victims do?

Let’s get serious for a moment. Think about yourself. Your past. Your family. The choices you’ve made, your fate, your circumstances, the people you’ve come to know: Everything encapsulated in the person that you are today. Then, imagine, it’s war. A group of people escort you to your grave with guns pointing to your head. These are the last moments of your life.

How would you act?

Would you have the courage to say no, stop, look around, forgive, even? Would you risk dying sooner, so you can walk it your own way, because it’s your life, because in your heart you know that your conscience is truly free?

Most of us are mentally enslaved. We’ve been taught not to question, to learn what’s taught, to do what’s expected, to follow the herd because the majority is always right.

‘So, I run because they tell me to.
I run because everyone else is.
I’m scared of repercussions if I don’t obey’

The Nazis with guns, they too were enslaved. They’d forgotten they were free. Even if it meant death, they could have chosen to obey their own conscience. But no.

My dad gave a lecture one time, the topic was genocide. ‘Would you do it?’, he asked. ‘Can you?’
A few students sheepishly raised their hands ‘yes’. Most shook their heads ‘no.’
When asked ‘why not?’ a student answered, ‘because I’m not that kind of a person’.

‘What if’, my dad asked. ‘What if you were given the power to do so. What if your friends admired you for it. What if your nation encouraged it? What if your family were compensated for it? Would you then, not commit mass murder?’ The classroom was silent.

‘Don’t forget your freedom’ he said. ‘Everybody has the capacity to commit evil, but don’t forget, you have a choice. Know your vices. Don’t be a slave. You have to take a leap and claim freedom for yourself, in every situation, in face of all challenges.’

“The cost of liberty is eternal vigilance” (Jefferson)

What I see at the heart of the Libertarian movement, is a quickening of the freedom inherent in every individual. In this sense, I see it is a spiritual battle.

What are we fighting against, exactly?

Sloth —> Let them (the state) take care of it
Envy —> It’s not fair, our outcomes should be equal
Gluttony –> I want more, more more!
Covetousness—> Let’s take what’s not ours
Lust —> Forgetting boundaries of private property
Anger —> Why don’t people see my view?
Pride —> I know best

This is an ancient battle: Humanity has always fought against these sins. Yet, this time is different because of the sheer scale of things: We are the most populated, most networked, interdependent, international, militarised, and powerful (nuclear energy being the most powerful) population the world has ever seen. Are we not fighting a Leviathan of the greatest magnitude? Everywhere there’s chaos, anger, confusion, and still we fight the same battle! This message of freedom is paramount now, more than ever. It’s time to wake up, learn our lesson, evolve. Only we can save ourselves.