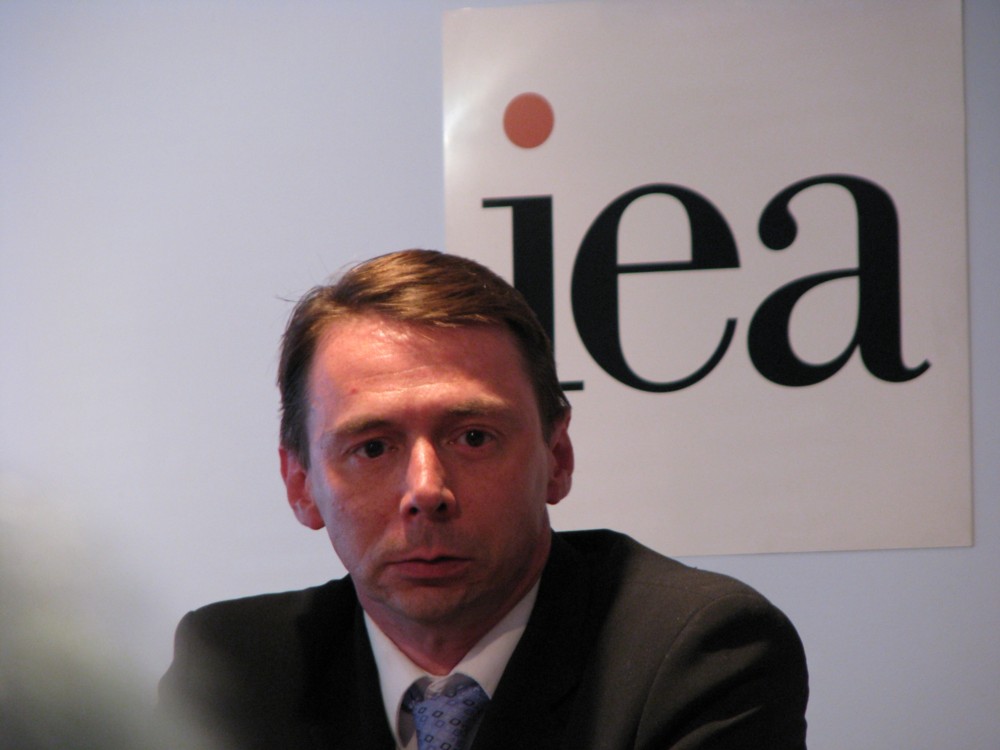 Thursday’s meeting, for all of you who can get to The Two Chairmen,39 Dartmouth Street, round the corner from Parliament Square, Westminster, is going to be good without doubt.

Mark Littlewood is the Director General of the Institute for Economic Affairs (IEA) the UK’s most prominent free-market think-tank, a position he has held since 2009. He is a frequent commentator on economic and political matters, both in print and the broadcast media.

Mark studied Philosophy, Politics and Economics at Balliol College, Oxford from 1990-93 and was Campaigns Director of Liberty from June 2001 to April 2004. In 2004 he was one of the “airy fairy libertarians”, to use the words of the Home Secretary David Blunkett, who opposed the Labour government’s plan for national ID cards, and became one of the co-founders and first chairman of the campaign group NO2ID.

From December 2004, Mark served as Head of Media for the Liberal Democratic Party, a position he resigned from in May 2007, after making what the Independent newspaper called a “policy gaffe” by saying that proportional representation, one of the party’s most sacred tenets, should not be a deal breaker in any future coalition discussions with other parties. Subsequently he co-founded Progressive Vision, a think tank, which later evolved into Liberal Vision, a classical liberal grouping within the Lib Dems of which Mark was the first Director.

In 2009 Mark became the Director General of the free-market think tank the Institute for Economic Affairs (IEA), a position he continues to hold to this day. The IEA was established in 1955 by the Sir Anthony Fisher and Lord Harris, who served as its first Director General, with Arthur Seldon as the first Editorial Advisor. As John Blundell put it in “Waging the War on Ideas”: “Hayek advises Fisher; Fisher recruits Harris; Harris meets Seldon. In nine words, that is the start of the IEA.” In more than nine words, Anthony Fisher, inspired by his reading of Hayek’s “The Road to Serfdom”, seeks out Hayek, who at that time – 1945 – was at the LSE. The advice that Hayek gave was: avoid politics; and reach the intellectuals with reasoned argument – it will be their influence which will prevail. This became the inspiration to found the IEA, which to this day continues to make the intellectual case for a free economy and a free society.

When Mark took up this position, the founding generation were no longer around, and to some the IEA had lost its mojo. However, Mark quickly put his stamp on the organisation, re-energising its original mission, and nurturing an upcoming generation of libertarian activists and scholars.

Writing on Samizdata back in 2010, our own Brian Micklethwait described Mark thus: ” He has clearly always understood what classical liberalism and libertarianism are all about, and has done as much of them as he could, given the day jobs he has had.

He has always been a friendly and civilised presence, albeit rather too EUrophile for my liking.”

Given the title of Mark’s coming speech, it would appear that this last criticism may no longer be the case.