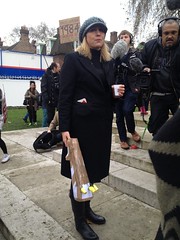 The Authority for Television On Demand (ATVOD) is the not so new UK regulator (quango) for on-demand programming and the reason for its existence can be traced back to how the UK.gov decided to implement the EU’s Audiovisual Media Services Directive. As always if there is an easy way to do something and a hard way, UK.gov will take the latter approach and thus ATVOD was born.

Although it initially set its sights on the MSM, in particular the pockets and the websites of dead tree press, ATVOD has found much easier prey in the form of online adult entertainment and restricting access to it in the name of protecting the children. Lowlights including pushing for bans on payments to non-UK-based websites and lobbying for laws to increase the age-checking carried out by UK-based providers.

In a Statutory Instrument laid before parliament on November 6th 2014 and which came in to effect on December 1st, the Culture Secretary Ed Vaizey proposed that the content of UK-based video on demand (VOD) services should be held to the same standard as physical media as set down in the Video Recordings Act of 1984 (a response to the moral panic about so-called video nasties in the early 1980s). 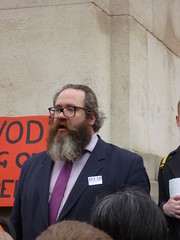 In practice this means that only content that would be passed for an R18 certificate can be sold legally by VOD producers in the UK with some of the practices that this excludes being:

Many UK-based producers of adult content (which include Dominatrixes who film and sell video clips of their sessions) are, understandably, rather miffed at this change as it is likely to lead to the closure or relocation of those studios which produce the non-mainstream content that it is now illegal to sell.

One of them, Charlotte Rose, organised a protest (including facesitting) for yesterday in Old Palace Yard, across the road from the Palace of Westminster and I, as someone who is an occasional consumer of video material covered by this change in the law, went along to it (and took some photographs – including the ones you see here). 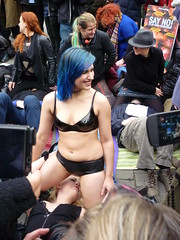 The protest took a while to get going with things not formally getting under way until almost 30 mins after the advertised start time. As well as Charlotte, speakers included obscenity lawyer Myles Jackman and Jerry Barnett of Sex and Censorship. The main point made by both Jerry and Myles was that this is not just about porn but rather the ever tightening restrictions in the UK on the freedom of speech and the freedom of expression – of which clamping down on pornography is but one strand. The recent attempts within the UK to impose the ‘Swedish Model’ (successful only in NI so far) of banning the purchasing of sexual services are another and I have no doubt that UK readers of this blog can call to mind other things.

Charlotte says that she wants this to be just the start. Time will tell if that is anything other than wishful thinking.