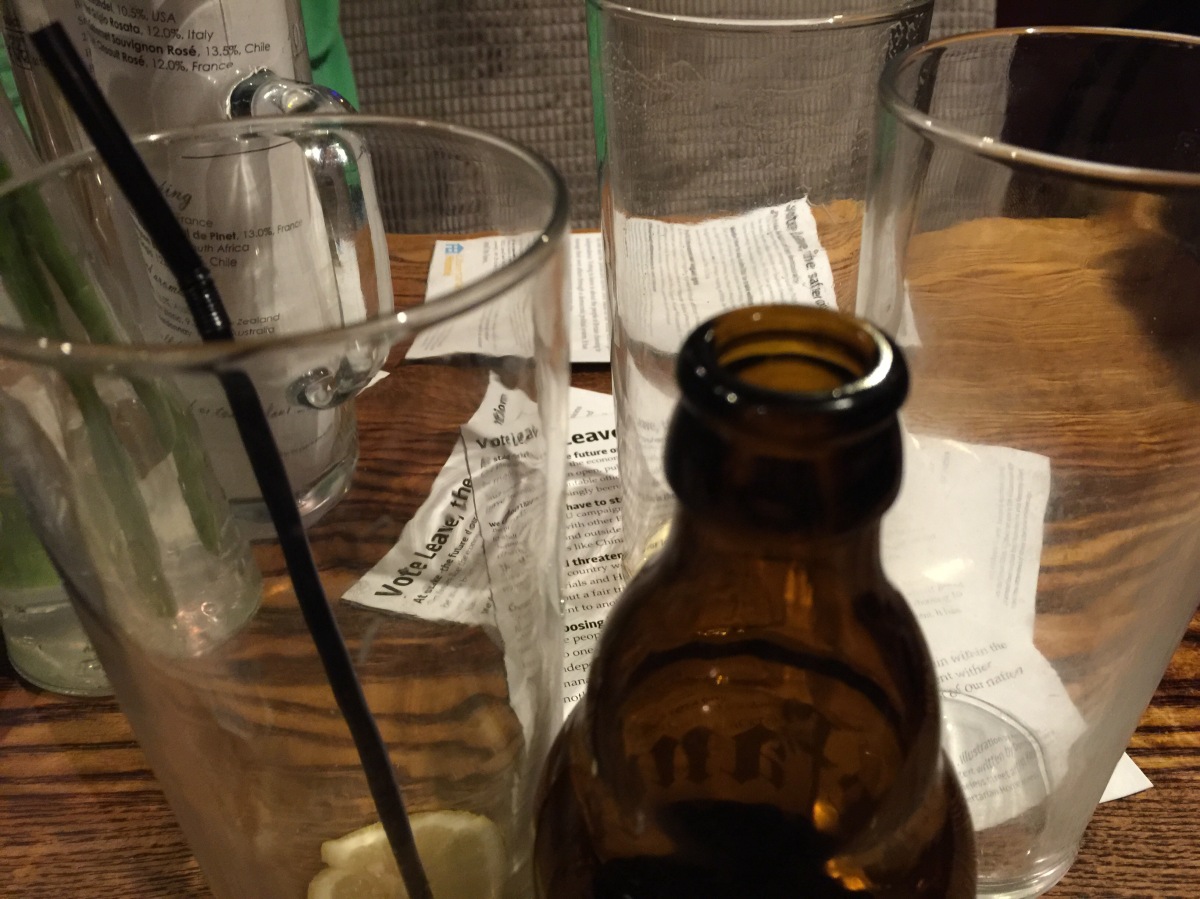 In the run up to the referendum I planned a fairly soft approach to backing the leave option. I took seriously that I should not appear to misrepresent the libertarian grass-roots but I felt personally that leave was the best option. I saw that there was minimal dissent from that view amongst the Libertarian Home members, and polled the core team for their opinions. One reluctant Remainer was identified and a somewhat more passionate anarchist Remainer appeared sometime later – a former speaker – with an argument that did not attain traction.

I made a judgement that the bulk of Libertarian Home members were in the Leave camp and was content for Tim Evans, Chris Mounsey and Mark Littlewood to speak on the topic and to put out all the blogging and videos I could handle.

As we approached the referendum date and Brexit The Movie galvanised members to step up and get involved in the debate in a deeper way. I was deluged with articles from authors new and old, and my help was wanted for a pair of very significant projects. Given what I knew at the time, and given that Libertarian Home exists to do so, I decided to back those members. I knew that by doing so I was potentially offending some unknown and invisible faction of members who backed Remain – for all I knew no larger than 2 people – but also that I was working hard in support of the vast majority who backed Leave.

As it turns out the faction that backed Remain included one member who I did know, and whose outstanding contribution I valued greatly. As a very passionate Remainer, I do not now expect to hear from him again. The fault for this lies with that person, a person who had my ear and favour but who kept his opinion strangely guarded. Libertarian Home will succeed by respecting the wishes of those who turn up and work, and who choose to express their opinion. Achieving influence requires being in both categories, not just one.

However, asking merely once or twice for opinions to be put forward is clearly not enough. I need to be humble about my ability to reach people who are in need of expressing themselves, while continuing to filter those that would express an opinion without the desire to implement it, and those who are not a natural fit with this pro-property socially-liberal project.
The first manifestation of this new desire to consult members was a pair of Twitter polls on the direction to be taken post-Brexit. They were, looking at the retweets, obvious very popular with conservative UKIP members who fall firmly in the third category. Regardless, here are the results:

A third of leave voters said immigration was their top reason to #VoteLeave. How should their opinion be respected?

The second manifestation of this desire will be me, very shortly, bending the ear of as many attendees at the monthly drinks as I possibly can. If you have an opinion to express, please do come and share it, or leave a comment below.